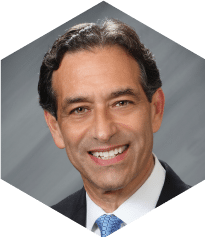 Joel Katz currently serves as the President of Homebridge Financial Services, Inc. He has worked in various facets of the residential mortgage business for more than 30 years. Before joining Homebridge in March 2010, Mr. Katz was a Managing Director in private equity at Fortress Investment Group. He focused primarily on Nationstar Mortgage, a portfolio company of Fortress Investment.

Prior to joining Fortress Investment in 2007, he was a Director in the Mortgage Finance Group at Salomon Smith Barney (which later became Citigroup) for seven years, financing residential mortgage lenders. Previously, Mr. Katz was President and CEO of Union Planters Mortgage Company in Memphis, TN, from 1997 to 1999, President and CEO of Boatmen’s National Mortgage from 1995 to 1997, and CEO of National Mortgage Company (one of the largest privately-owned mortgage banks in the U.S.) from 1991, until its sale to Boatmen’s in 1995. Mr. Katz received a B.A. from Johns Hopkins University and a J.D. from Georgetown University.