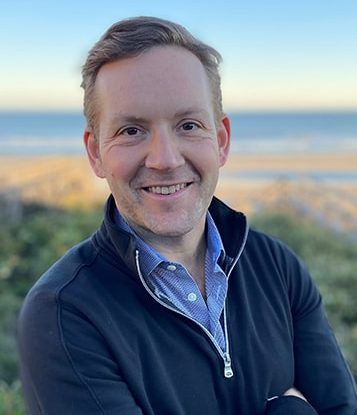 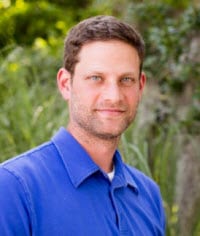 NO PURCHASE OR PAYMENT OF ANY KIND IS NECESSARY TO ENTER

OR WIN THIS SWEEPSTAKE. A PURCHASE WILL NOT IMPROVE YOUR CHANCE OF WINNING.

1.ENTRY PERIOD: Homebridge Sweepstake – Support Local Biz! (“Promotion”) opens Monday, June 28, 2021 at 9:00 AM EDT and closes at 3:00 PM EDT, Wednesday, June 30, 2021 (the “Promotion Period”). Participants who “Like” the Facebook page found at https://www.facebook.com/thecharlestonteam, “Like” the Sweepstake announcement post (“Post”), and comment on what you would get if you won the gift card or comment with an emoji on the Post will be entered for a chance to win a Prize.  Entries must be submitted during the Promotion Period to be entered into the prize drawing.

3. ELIGIBILITY: To be eligible, at time of entry, you must be at least 18 years of age and a legal resident of South Carolina. Officers, directors, and employees of “Sponsor” and its parent, subsidiaries, affiliates, distributors, retailers, sales representatives, advertising and promotion agencies (all such individuals and entities referred to collectively as, the “Promotion Entities”), and each of their immediate family members and/or people living in the same household are NOT eligible to enter the Promotion or win a prize. Entry in the Promotion constitutes your full unconditional acceptance of these Official Rules. This Promotion is void where prohibited.

Mail a postcard to Homebridge Financial Services, Inc., c/o Zach Larichiuta and Matt Dorsey, 1322 Rutledge Avenue, Charleston, SC 29403.  Your postcard must contain your first and last name, home address, contact phone number, email address and must be received by June 30, 2021, 3:00 PM EDT to be entered into the prize drawing. This postcard entry will give the person 1 entry for the Prize drawing.

Limit one (1) entry per person in the Promotion regardless of method of entry.

5. SELECTION OF WINNERS/ODDS: The Winner will be selected on Wednesday, June 30, 2021 at 3:00 PM EDT by a random drawing of all the eligible entries received during the Promotion Period and the Winner will be announced in the comments to the Post and contacted via Facebook messaging. Each Entrant agrees to be bound and not challenge the final decision of the Sponsor. All Promotion results are final and binding. If a winning entry is found to be invalid for any reason or it is discovered that the person who submitted the winning entry did not comply with these Official Rules prior to the prize delivery, the prize may be forfeited and awarded to an alternate winner. Odds of winning are dependent upon the number of eligible entries received.

6. PRIZE: One (1) prize will be awarded. The prize is a $100.00 gift card to True Value. Total retail value of the gift card is $100.00. The prize is not transferable. No substitution allowed except, at Sponsor’s sole discretion, a prize of equal or greater value may be substituted. All prizes will be awarded.  Each prize winner shall be solely responsible for all federal, state and/or local taxes, and the reporting consequences thereof, and for any other fees or costs associated with the applicable prize. Each potential winner may be required to execute an Affidavit of Eligibility, a Liability Release, and where imposing such condition is legal, a Publicity Release (collectively, the “Prize Claim Documents”). If any potential winner fails or refuses to sign and return all Prize Claim Documents within seven (7) days of prize notification, the winner may be disqualified, and an alternate winner may be selected. Zach Larichiuta and/or Matt Dorsey will coordinate with the Winner on how the Prize will be provided to the Winner. Limit one (1) prize per Winner.

7. RELEASE: Entrants agree that the Promotion Entities (A) shall not be responsible or liable for, and are hereby released from, any and all costs, injuries, losses or damages of any kind, including, without limitation, death and bodily injury, due in whole or in part, directly or indirectly, to participation in the Promotion or any Promotion-related activity, or from Entrants’ acceptance, receipt, possession and/or use or misuse of any prize, and (B) have not made any warranty, representation or guarantee express or implied, in fact or in law, with respect to any prize, including, without limitation, to such prize’s quality or fitness for a particular purpose.

8. WINNER’S LIST REQUESTS: For a list of Promotion winners, please email: contests@homebridge.com.  Please include as your subject line: 2021 Winners of Homebridge Sweepstake – Support Local Biz!” Requests must be received by November 1, 2021.

9. LIMITATION OF LIABILITY: The Promotion Entities assume no responsibility or liability for (a) any lost, late, stolen, incomplete, illegible, undelivered, delayed, or misdirected entries, any incorrect or inaccurate entry information, or for any faulty, failed, garbled or jumbled electronic data transmissions; (b) any unauthorized access to, or theft, destruction or alteration of entries at any point in the operation of this Promotion or for miscommunications or for the incorrect or inaccurate capture of or failure to capture any information; (c) inaccessibility or unavailability of the Internet or any combination thereof, technical malfunctions, failures, omissions, interruptions, errors or delays in operation or communication line failures, regardless of the cause, with regard to any equipment, systems, networks, lines, satellites, providers, servicer, or computers; or (d) any injury or damage to the Entrant’s or to any other person’s computer which may be related to or resulting from any attempt to participate in the Promotion or access or download any materials from the Contest Site. Without limiting the generality of the foregoing, Sponsor is not responsible for incomplete, illegible, misdirected, misprinted, late, lost, damaged, stolen, or postage-due prize notifications. No mechanically reproduced, illegible, incomplete, forged, software-generated or other automated multiple entries will be accepted. Sponsor reserves the right to modify, extend, suspend, or terminate the Promotion if it determines, in its sole discretion, that the Promotion is technically impaired or corrupted or that fraud or technical problems, failures, or malfunctions or other causes beyond Sponsor’s control have destroyed or severely undermined to any degree impaired integrity, administration, security, proper play and/or feasibility of the Promotion as contemplated herein. In the event an insufficient number of eligible Submissions are received and/or Sponsor is prevented from awarding prizes or continuing with the Promotion as contemplated herein by an event beyond its control, including but not limited to fire, flood, natural or man-made epidemic of health or other means, earthquake, explosion, labor dispute or strike, act of God or public enemy, satellite or equipment failure, riot or civil disturbance, terrorist threat or activity, war (declared or undeclared) or any federal, state, or local government law, order, or regulation, public health crisis, order or any court or jurisdiction, or other cause not reasonably within Sponsor’s control (each a “Force Majeure” event or occurrence), then subject to any governmental approval which may be required, Sponsor shall have the right to modify, suspend, extend, or terminate the Promotion. If the Promotion is terminated before the designated end date, Sponsor will (if possible) select the winner(s) from all eligible, non-suspect entries received as of the date of the event giving rise to the termination. Inclusion in such drawing shall be each Entrant’s sole and exclusive remedy under such circumstances.

10. MISCELLANEOUS: By entering or participating in the Promotion, participants agree to be bound by these Official Rules and by the decisions of Sponsor, which are final and binding in all respects. If a winning entry is found to be invalid for any reason, prior to the delivery of the prize; the prize may be forfeited and awarded to an alternate winner, who will be randomly drawn. Sponsor reserves the right at its sole discretion to disqualify the entry of any individual found to be (a) tampering or attempting to tamper with the entry process or the operation of the Promotion or (b) violating these Official Rules. Sponsor reserves the right, in its sole discretion to modify, suspend, or terminate this Promotion or any Entrant’s participation in the Promotion in the event of any technical problems, malfunctions, viruses, bugs, unauthorized human intervention or act, occurrence, or other causes beyond Sponsor’s control that Sponsor believes would corrupt the integrity, administration, security or fairness of the Promotion, or Sponsor otherwise becomes (as determined in its sole discretion) incapable of running the Promotion as planned, in which event all Prizes will be awarded via the process outlined in these Official Rules, from among all eligible entries received prior to termination. Notwithstanding the foregoing, Sponsor reserves the right to modify, suspend, or terminate the Promotion at any time without notice. Except as otherwise disclosed in these Official Rules, and to the extent Entrants may otherwise elect at the time of entry, any information collected through the Promotion shall be used only in a manner consistent with the consent given by the Entrants at the time of entry, with these Official Rules, and with the Sponsor’s Privacy Policy found at: com/privacy-policy. The parties waive all rights to trial in any action or proceeding instituted in connection with these Official Rules, including, without limitation, the Promotion. Any controversy or claim arising out of or relating to these Official Rules and/or the Promotion shall be settled by binding arbitration in accordance with the commercial arbitration rules of the American Arbitration Association. Any such controversy or claim shall be arbitrated on any individual basis and shall not be consolidated in any arbitration with any claim or controversy of any other party. Any and all disputes, claims, and causes of action arising out of or in any way related to this Promotion shall be resolved individually, without resort to any form of class action and each Entrant consents to exclusive jurisdiction and venue in the State of New Jersey. These Official Rules and the interpretation of their terms shall be governed by and construed in accordance with the laws of the State of New Jersey without regard to its conflict of laws rules.

12. GIFT CARDS: The Promotion sponsored by Homebridge Financial Services, Inc. is not in any way sponsored, endorsed, administered by, or associated with True Value. By entering this Promotion you agree to release True Value from any responsibility or liability for this Promotion.

We recognize this is a difficult time for many people. Click here or call 866-913-2951 for more information and to learn about current options available to our borrowers.